Toffee by Suzanne…but who is Suzanne and what makes her toffee better than the rest?

My name is Sue Kemp and I make “Toffee by Suzanne.” I am not a candy maker by trade nor is anyone in my family. I come from a long line of educators and I followed the same career path and have spent 22 years in education—specifically in the field of special education. I knew from the time I was in junior high school that I would be a teacher. After several years teaching students with behavioral disorders, I became a principal at the same school and loved that role as much as I did teaching. After a several year hiatus to obtain my doctoral degree, I am now back teaching but at the university level training preservice teachers who are inspired to teach the next generation children with disabilities. Given my background and career in education, one may wonder how I became interested in making and selling toffee. It all began very serendipitously. When I was a student teacher over 22 years ago, I obtained the hand-written recipe from a kindly mentor who had no idea how she came into possession of it or how old it was. I thought making the toffee and giving it as gifts during the holidays was a great way to say “thank you” to all the marvelous teachers with whom I worked and had taught me so much. After much experimenting, some setbacks, and modifications of the original recipe on my part, I had perfected a toffee that I have subsequently given as holiday presents for the past 22 years to friends, colleagues, and relatives.

To my surprise, the toffee was an instant hit. I would hear several comments over and over again throughout the years: “This is the most amazing toffee I have ever tasted.” “Once I started eating it, I couldn’t stop—it’s addictive.” “I didn’t even think I liked toffee, but yours was just amazing.” I started noticing that people to whom I gave the toffee weren’t taking it home to their family. I would inquire as to why they were keeping it at work and the common answer I’d heard is this: “I don’t take it home because then I’ll have to share it with others.” 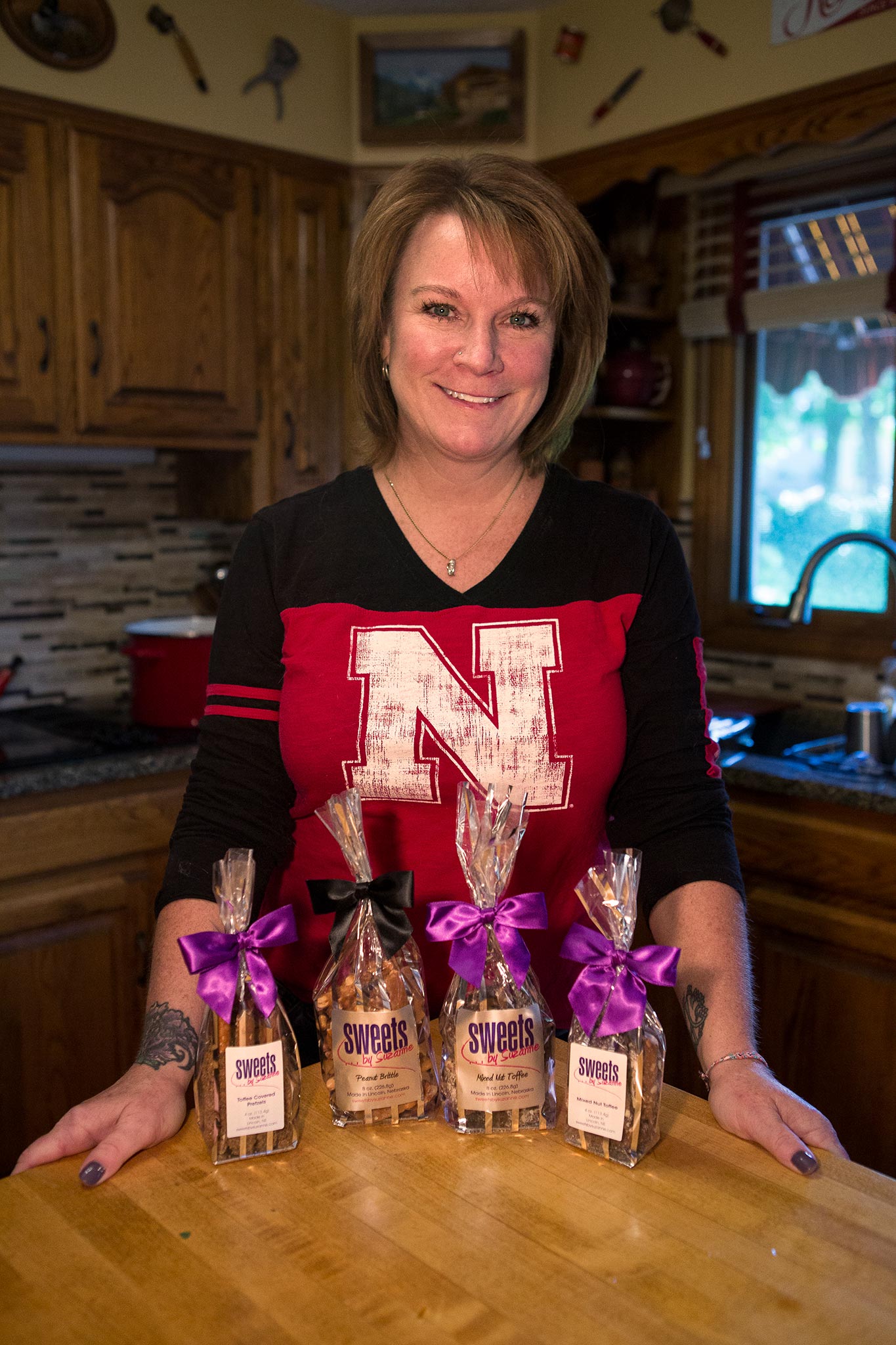 Not in my wildest imagination did I ever think the toffee would be that popular and loved by so many. Years afterward as a principal and much later as a professor, I would occasionally run into former teachers and students would tell me how much they missed the toffee. I began to realize that the memory of my toffee long outlasted the actual bag someone received and ate. For years I would also hear recipients of my toffee tell me that I should really consider selling it. I really didn’t take what they said to heart, having my own career in education. But then, in 2009, I read an article about women from various backgrounds and careers working for others who “took the plunge” and started their first business after turning 40 years of age. I was inspired and felt it was my turn to give business a try, especially with all the great comments I received over the years. There is no better feeling than to watch someone try a piece of my toffee and see the smile on their faces and joy in their eyes followed by a long “mmmmmmmmmm”. I am convinced that once you try my toffee you too will also be inspired. Even after the first bite, you can immediately tell it’s homemade in small batches. It’s obvious that my toffee wasn’t manufactured by a large company that comes out on a conveyer belt in long symmetrical strips and cut into perfectly rectangular pieces. My toffee is hand stirred, poured, spread and broken individually so that each piece is as unique as a snowflake and that the homemade taste is delivered to you for your enjoyment.

Please Note! All holiday orders need to be placed by 12/1 to have them filled by Christmas. Dismiss