When I was a child my family didn’t have much money.  We often had grand parents living with us, so what money was available had to be stretched a long way.  I am amazed when I think about the celebrations and traditions that came out of this very frugal setting

Holidays and birthdays were always celebrated and gifts were always given.  One tradition that developed involved peanut brittle at Christmas. 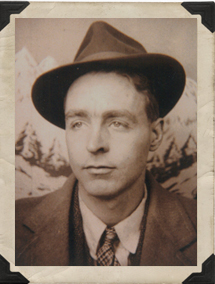 It began one year when the gift money could not be stretched, so my parents made peanut brittle to give to neighbors and relatives. People loved it!

Over the years the basic recipe was altered as my father strived for the perfect “brittle”.  As a teenager I loved the failed batches, when for some reason the candy didn’t set up the way it was supposed to.  My brother and I could make a spoonful last for a day.  My mother was very involved, however this was definitely my father’s project.  “Brittle day” turned into “Brittle week” as the quality improved and the quantity increased.

My Mother had a plaque in the kitchen that said “Virginia’s Kitchen” and believe me most of the time it was her domain.  However when the candy making time approached my father took over.  She could get things ready, set out the ingredients and of course she was involved in the clean up.  It was my father who mixed the ingredients together, watched the pot and most definitely decided when the syrup was “ready” – in the old days there wasn’t a candy thermometer, just the “soft ball” stage.

My father passed away twenty years ago and the tradition of “Smithy’s Brittle” came to an end.  I have had the recipe for years and was more than happy to share it with Sue when she was looking for a way to expand Sweets by Suzanne.  I hope you enjoy the candy and occasionally think of my father and his efforts for a perfect brittle.

Get the latest news from Suzanne!

Please Note! All holiday orders need to be placed by 12/1 to have them filled by Christmas. Dismiss